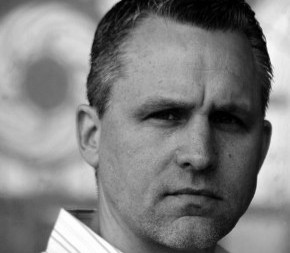 It was earlier this year we introduced you to first time author Ed Jakubik [see more]. At the time, the writer told us his psychological thriller The Doll Collector would be available for purchase on June 1st. However, sometimes things do not go as planned. Mr. Jakubik claims he ran into some editorial issues that prevented the release of his book in June. Recently, the title was finally released on Amazon in an ebook format.

To get a broader understanding of what happened, you can read the highlights and listen to the entire CYInterview below:

The author explains why his first novel The Doll Collector was not released this past June:

“It became more of a, an artistic disagreement between myself and at that time the publisher… To cut to the chase, they wanted me to almost dumb down the book, take out some, a little bit of the graphic scenes which I disagreed, more to appeal to the masses and ultimately do I want to appeal to the masses? Of course, but I’m not gonna sacrifice I think what makes the work standout in its genre which is some of the more graphic chapters and that was kind of like, we hit a crossroad and felt that the best thing for the book was to part ways. So then I hooked up with another publisher who we ran into literally the same problem two months later, identical problem, two months later and I decided, you know, the one thing that I wasn’t gonna sacrifice in this book was my voice because I think it’s extremely powerful.”

After having issues with two publishers, he decided to self publish the book and release it on Amazon in an ebook format. There are also hardcover books people can order as well. The writer says he has some interest for the book to be made into a movie.

“I’m actually meeting with a major studio in February to talk about script conversion and you know we’re gonna sit down and put our collective heads together because the one compliment I did get from basically a brand new studio head who had read the book was it does read like a script and we’re definitely interested in sitting down and talking. So I’m pretty excited about that one.”

You can purchase a paperback copy of The Doll Collector here.