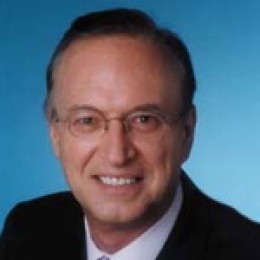 Prominent Florida attorney Roy Black returns to CYInterview.com to give his latest on the Tiger Woods situation including Gloria Allred representing numerous women that have alleged to have relations with Woods. Black also gives his thoughts on the attention around Woods and how he still believes he shouldn’t have given any statements.

Listen to the Latest with Roy Black:

Chris Yandek: Consider everything that’s going on with Gloria Allred representing different women, who have alleged to have said, they have had claims to had relations with Tiger Woods. Whether they have or not, they are all working under the banner of Gloria Allred, representation. In any shape or form, is it a conflict of interest?

RB: “Well, when you get to something like this, it is sort of astounding because before this, he had such an excellent reputation. Now of course he’s being dragged through the mud. There are many celebrities in our society who have multiple affairs going on at the same time and depending who they are, we either criticize them or we applaud them. What do we say about Hugh Hefner? We buy his magazine because those are the kinds of things that he’s promoting and that’s his life style, he flaunts it.

So we don’t have any problem with it. I think that people are worried more about the hypocrisy of it than the actuality of what happened. So if it’s a minister hiring prostitutes, it’s the hypocrisy that drives it. If it’s somebody who pretends to be what they are not, I think that’s what drives public opinion. It just depends on who the person is.”

RB: “That’s a very difficult question to answer. I personally think it was not a good move because what you’re basically saying in that statement is, ‘Yes. I did virtually everything that everyone is going to say about me.’ I think he would’ve been better off saying something to the effect of, ‘This is a private matter between me and my wife. I’m going to discuss it in my family. I’m not going to make any public comment about this because it’s not really the public’s business. I’m a golfer and what have you, but I am not laying bear my entire life for everybody to look at.’ The problem is with making any kind of apologetic statement, it’s virtually agreeing that whatever anyone says is true. That’s the one thing that worries me, begging our forgiveness, but I just think it’s somewhat unseemly here.”