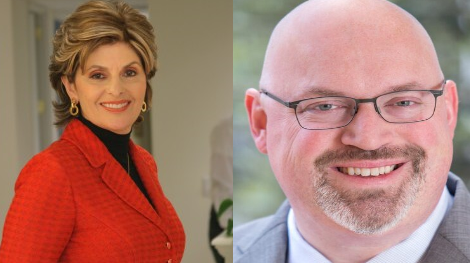 Yesterday evening, we hosted the most important discussion in the history of CYInterview. We conversed about the attempted coup d’état of the duly, democratically elected government of the United States of America on January 6th, 2021.

We were joined by prominent attorney Gloria Allred. Ms. Allred has spent her legal career tirelessly fighting for the rights of society’s underdogs. Additionally, she has served as a delegate to the Democratic National Convention. Attorney Allred has been joining us on CYInterview since 2006.

Joining us as well was journalist and political prognosticator Cliston Brown. Mr. Brown is a former Democratic Congressional staffer and is an individual with remarkable insight into the American political system. He has shared his clearheaded thinking with us on CYInterview, over the last few months.

This is a must listen CYInterview. We understand and are sensitive to people’s time constraints. We understand that many of us in society have been inculcated into a short attention span way of life. However, the case of this attempted coup against the United States Government is too important for sound bites.

Consequently, we ask that you to listen to this thought provoking CYInterview in its entirety.

Below, we share two quotes from our noteworthy guests:

Speaking about the state of democracy in the United States of America, Attorney Gloria Allred shared this with us:

“Democracy’s alive and well, but it’s only gonna be alive and well if we’re ever vigilant. It’s not something that we’re given that will last forever without our vigilance. So we have to, every day, make a commitment to make sure we protect and preserve our democracy against all threats foreign and domestic. And you know, right now we have many dictators around the world just laughing at us for the chaos and the insurrection that we saw on Wednesday.

As a former director of communications to Democratic Congressman Pete Visclosky of Indiana, Cliston Brown knows the Capitol building well. Speaking about the lack of security of the building where America’s lawmakers work and the insurrection that occurred this past Wednesday, he said this:

“I’m not sure that I ever could have ever imagined something specifically like this happening, but it was clear to me as a staffer that it wouldn’t be too hard for people to get in there who really wanted to get in there if they wanted to do something that was no good. So, I’m not entirely surprised. I am surprised largely just by the sheer number of people who ended up being in the Capitol, but I think there are a lot of security concerns there and that definitely concerns me going forward. My feelings as I saw this happening, you know, I’m a student of history and I’ve seen in my studies so many cases of governments being overthrown in this matter. I was wondering that day is this really it, is this when American democracy dies. It was a very stark thing and I’m glad that order was restored, but the lack of preparation, the lack of foresight by the authorities was just absolutely stunning to me and frankly very scary.”

We covered a variety of topics in this over 30-minute CYInterview. Included were the panoply of legal and political actions that might take place between now and the inauguration of president elect Joe Biden, and beyond. CYInterview Editor in Chief Chris Yandek joined us for this historic discussion.

*SPECIAL NOTE: We are living in perilous times. No matter how frustrated you might be, no matter what your political point of view, please do not resort to violence or any form of illegal activity. Civilly, we can work together for the benefit of everyone.

CYInterview invites dissenting points of view. You can feel free to reach out to us if you would like to engage with us in a discussion about this or any other topic. You will be heard.

Please listen to this entire CYInterview below:

Listen to the entire Gloria Allred and Cliston Brown CYInterview:

Listen to the entire Gloria Allred and Cliston Brown CYInterview on YouTube:

You can find more information about Gloria Allred at www.amglaw.com and www.gloriaallred.com

You can find Gloria Allred on Twitter by clicking here.