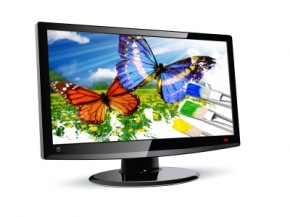 Reports are out that Ashton Kutcher will join the cast of Two and a Half Men. For those of you who have spent the last decade and change in a media-free bunker, Kutcher starred, in an ensemble cast, on That ‘70s Show, is married to Demi Moore and has also starred in a number of movies.

Additionally, he has more Twitter followers than anyone I can think of. His account – under @aplusk – has over 6.7 million followers and his Facebook fan page – under Ashton – weighs in at over 9.4 million “friends.” At least, those are the numbers as I write this column.

Oh, and Mr. Kutcher is a big time prankster as evidenced by his show Punk’d.

No doubt, plenty of entertainment chattering class types will converse about Ashton’s being brought onto the show, in the wake of Charlie Sheen’s dismissal, because of his Internet following/brand power. I’ll leave that discussion to them. I am interested in something far more important. How will Kutcher be woven into Two and a Half?

That question promises to be as important to TV audiences as the raging debate which took place in 2007 – how time flies – about how the Sopranos would end. Fans debated Tony Soprano’s fate up until the last episode aired. And the show’s director, David Chase, gave an ending to that successful HBO series which has diehard Sopranos’ fans debating what happened to Tony to this day.

But back to the question at hand. How will Ashton Kutcher be used in Two and a Half Men?

Here are some possibilities for exploration:

1.) He could simply replace Charlie Sheen in the role of Charlie Harper. I do not think that will happen. While this type of thing has precedent in a television series, I believe Sheen is too identified with the role to have him swapped out for another actor, even one with Kutcher’s appeal and online drawing power.

2.) Potential Storyline A – The character of Charlie Harper is killed off. This could happen in any number of ways. For example, Harper goes to Las Vegas and drinks and showgirls himself to death. Kutcher plays Harper’s bookie. Kutcher claims Harper’s Malibu home as payment for past gambling debts. Alan and Jake – played by Jon Cryer and Angus T. Jones – are forced to live with the bookie, who turns out to be a womanizing prankster.

3.) Potential Storyline B – The character of Charlie Harper is left alive, but does not reappear. Charlie, for example, might elope with his longtime neighbor/stalker Rose, played by Melanie Lynskey. Jake inherits Charlie’s Malibu home. Alan, who now can’t sponge money off of Charlie, and with a suffering chiropractic business to boot, convinces Jake to rent out a room in the house. The room is rented to Kutcher. Kutcher turns out to be a womanizer like Charlie.

4.) Potential Storyline C – Charlie Harper mysteriously disappears, but is not written out of the show. There is some debate as to what happened to him, but life goes on. This might be appealing if, at some later date, all is forgiven and there is a mutual desire for Sheen to return to the show.

Harper goes missing. Alan now has the run of the house. Not having to contend with the pressure generated by his womanizing brother, he finally gives into a longing for “male company,” meets Kutcher’s character – a prominent architect named Art Vandelay – and they begin living together. (Gaining the rights to the Vandelay name and character might be difficult owing to issues of different networks, etc.)

Okay, this is a stretch, but you never know.

5.) Potential Storyline D – The show airs as if nothing ever happened. It is always stated, or assumed, that Charlie is in his bedroom, busy getting “busy.” Meanwhile, Ashton Kutcher is brought on as the nephew of Berta, played by Conchata Ferrell. He becomes the unseen Charlie’s pool boy and gopher. You never knew that the house had a pool? Hey, it’s television.

Personally, I like Storyline A best. As a bookie, Ashton could cruise along Pacific Coast Highway in a luxury SUV, cigar in his mouth, gold Rolex on his wrist and pull up to the late Charlie Harper’s Malibu home while the Soprano theme, “Woke Up This Morning” blasts in the background. A shocked Alan and Jake come out of the house, while Berta shakes her head knowingly.

Perhaps, the lyrics for “Woke Up This Morning,” which was performed by Alabama 3, could be rewritten for Two and a Half Men. Something like, “Woke up this morning, came to collect a debt, Charlie Harper never, ever knew how to win a bet…”

Whatever the case, fans of the CBS hit show will be bound to make a guessing game of what role Kutcher will play, until the series begins airing again. And who knows, maybe Ashton will give us some hints on Twitter.

One Reply to “Ashton Kutcher to Two and a Half Men: What’s the Sopranos Angle?”