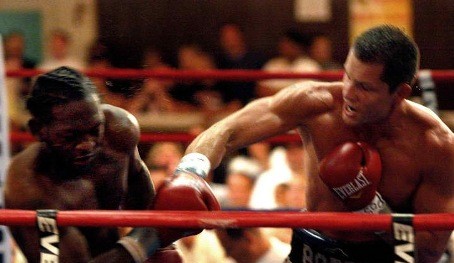 Currently, there is much discussion about the possibility of undefeated, 49-0 professional boxer Floyd Mayweather Jr. stepping into the squared circle for a matchup against current mixed martial arts, UFC Lightweight Champion Conor McGregor. The chatter swirling around has the two facing off in a traditional boxing match.

One of the biggest questions is how would an accomplished mixed martial artist with strong striking ability but no professional boxing under his belt fare against one of the best pound for pound fighters of all time. To answer that question, we welcome back former professional boxer and current boxing trainer Bobby Rooney. Over the years, Mr. Rooney has provided us compelling analysis on some of boxing’s biggest fights.

Bobby had a strong record as a pro, having boxed in the light heavyweight division. Not only does his experience help inform his analysis, but as a current trainer he is able to discuss things utilizing perspectives from both inside and outside of the ring. He possesses a strong historical knowledge of the sport. Additionally, his father, Bobby Rooney Sr., was one Chuck Wepner’s sparring partners prior to Mr. Wepner’s celebrated fight with Muhammad Ali.

Currently, Bobby is trainer to a variety of fighters including up and coming heavyweight Tyrell Wright, who sports a 9-0 record. When it comes to knowledge of the sport of boxing, Bobby is the man you want to hear from. For his thoughts on the possible Mayweather/McGregor fight, you can listen to the entire CYInterview below:

You can find Bobby Rooney and his client Beetlejuice on Twitter clicking here and here.