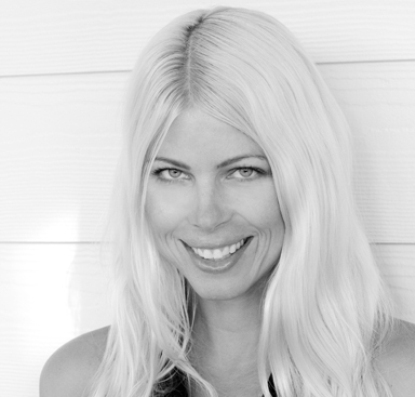 With football in high gear, the focus on the health and well-being of players, at all levels, is sure to continue. It seems fair to say that whether it is in the NFL, college football, high school football, etc. some athletes may experience some form of concussion, owing to the contact/collision nature of the game.

Is enough being done when it comes to protecting players? To gain some perspective, we welcome back the articulate and forward thinking neuroscientist, Dr. Kristen Willeumier, to share her thoughts on the steps the NFL has taken in regards to concussions. During her career in the field of brain health, she has worked with a variety of former NFL players, striving to provide ways for their lives to be improved after the game.

Additionally, Dr. Willeumier has an interesting discussion with featured columnist Jay Bildstein, who joins us for this segment, about a variety of brain health topics ranging from the use of epigenetics and genomics in helping to heal and protect the brain to testing specific foods rich in Omega 3 fatty acids for their effect on circulation.

Dr. Willeumier also reveals to us she is opening her own office in Los Angeles, soon. Additionally, she is putting together a book about her career in neuroscience, thus far, and is working on a variety of television and speaking engagement projects. As always, neuroscientist Kristen Willeumier’s segments with us make for compelling listening.

When it comes to the NFL’s concussion protocol, Dr. Willeumier tells us that if it is enforced correctly, it can be a good thing for the well being of the league’s players. In her years in the field of brain health, she has worked with many past NFL players and has seen firsthand what the game can do to them. She tells us what she would say to NFL Commissioner Roger Goodell:

“I think he’s starting out on the right note with regards to enforcing the concussion protocol because that’s essentially what was missing in week one. You know and now they’ve come out and given, you know, an additional 100 million dollars towards identifying concussions, preventing them, more concussion research and even education on concussions. So I think that’s a good thing. When I think about what I’ve seen in working with professional NFL players, my concern is making sure they have access to long term medical care because as many people know, playing football in the NFL, the average length of a career is three years.

Now some players are lucky enough to stay for 10, even 20 years. But you want to make sure that whether they play for three years or 20 years that they are gonna have access to good medical care throughout the rest of their lifetime, because as we’re seeing the incidents of suicide among NFL players and the players coming out and sort of being more verbal about the issues that they’re facing, mental health challenges, I think that would really be a turning point for the league.”

Dr. Willeumier is putting together a book about the work she has done in the field of brain health, so far. She talks to us about it:

“ I’ve always wanted to put together a book on the work that I’ve been doing over the last 18 years and that book is gonna focus on brain health and what I’ve learned from working with professional athletes and treating their brain, but also I’ve spent a lot of time working on neurodegenerative diseases, studying Parkinson’s Disease in particular. So I wanted to include that in the book as well as diet, nutrient and lifestyle changes that anyone could do that would really help them improve the brain function.”

As far as what is ahead, Dr. Willeumier revealed to us that she plans to open an office in Beverly Hills, focusing on brain health and brain rehabilitation:

“The primary goal is to just get up and running, getting an office set up in Beverly Hills and really work to help support people who want to optimize their brain function whether they’re professional athletes who need help more on the rehabilitation side or people who are executives, people who are just really excited about the brain and realize how important it is to have a healthy brain because having a healthy brain means having a really healthy, productive life.”