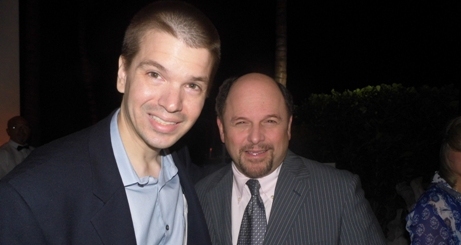 Arguably the biggest week of the year in Miami Beach, Art Basel brings together dozens of celebrities and the mega rich for exclusive and private invitation only parties. The festivities include many exhibits of art as well as the show casing of luxury goods. Wednesday night featured the IWC Schaffhausen watch event at the W Hotel on Collins Avenue. The evening was hosted by actor Jason Alexander of Seinfeld fame. See our photo above.

We had a chance to CYInterview Lenox Lewis, Martina Navratilova and Emily Blunt at the event and we will bring you those conversations in the coming days.