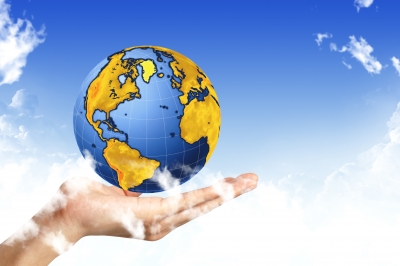 Throw-away clothing used to refer to special biodegradable garments. Not these days. I was just listening to a radio program highlighting the toxic effects of throw-away clothing, referring to clothing perceived as so cheap that there is no point in holding onto it. Going into the dumpster are left-over textiles, unpurchased marked-down garments, never-worn purchased clothing, and clothing deemed unfashionable after one season. From the dumpster, they are carted off to the ground fill—a big mistake, because synthetic materials are highly contaminating. The report referred to the US, but I believe that the cautionary message is equally applicable to Mexico. In Mexico, the market is flooded with clothing manufactured in India, Pakistan and China and other countries where, owing to sweatshop-wages, production has displaced more proximate traditional producers such as the Dominican Republic, and of course, Mexico itself.

A teacher from a remote indigenous zone once consulted me about a problem in representing the local dialect of Nahuatl. He also remarked on the problem he was having conveying to his students the concept of “garbage.” “If a blemish gets cut off a tomato, a chicken comes by and eats it; if a chair falls apart, it is used to stake plants, or to fix something, or ultimately becomes fire wood; an old shirt is used to patch a newer one, or as a cleaning rag, or a bottle stopper and ultimately gets ground into the dirt. There are words to describe brush that has been cut down, but what we think of as garbage is simply not part of their world view.” A clear demonstration of why it is valuable to keep traditional languages alive!

Indiscriminate tossing is not part of my worldview either. I applaud the clothing exchange programs started up by young people! I purchase items at the paca store. I parcel my old clothes out to people who will like them and actually put them on. I re-purpose: old huipiles become table cloths and tea cozies, old skirts morph into curtains to hide the space under the bathroom sink, curtains with cat-claw damage at the bottom become shorter curtains for higher windows. I once rescued an unappreciated San Blas crocodile mola from a paca store shirt, making a lovely item to frame for a children’s room. The possibilities are endless. And, of course, it helps to buy more natural and fewer synthetic fibers to begin with.

I inherited—and practiced—even more heroic measures from the fore-mothers, both Mexican and American. These measures will be totally alien—not to say unthinkable–to those same young women who go to the supermarket and can no longer recognize purslane (verdolagas), turnips (nabos), huazontle (fresh amaranth), or chayoteztle (the root of the chayote vine). They include seaming the outer edges of worn sheets together so they will last a few more months (not such comfortable ones, maybe, because you will be lying on the seams!) Sewing the lower part of a worn-out long nightgown onto a shorter one for comfort against the winter cold. And in the interest of not coming up short a button, reinforcing all the buttons on each new shirt coming into the house. Of course, the buttons often outlasted the shirt—and ended up in the button box. (New buttons are starting to become scarce in notions stores—nobody replaces buttons anymore.) A better outcome might be stitching small pieces of fabric into that American classic, the heirloom quilt. Or, in my mind, doing what some of my neighbors do: stitch single panels of colored cloth together for window-hangings, giving kind of a stained-glass effect.

There is no way that most of us will now embrace these ancient practices mentioned above. But until better solutions come from the garment industry itself, I think that we all need to cut back textile pollution. Some re-purposings can be carried out with the help of local seamstresses, replicating in textiles what we do with food: support the local market instead of supermarket. Textile recycling and repurposing is a cause that could well be taken up by Mexican university students. It’s all a matter of creativity . . . yours!