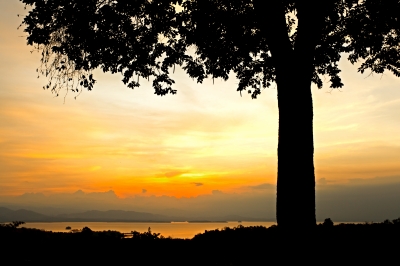 On various occasions I have written about the need for proper planning as a way to accomplish a goal. This goal could be within the realm of school, athletics, business or personal relationships – virtually anything in the human experience. Setting out to accomplish a goal without having a proper plan is like going off to some exotic destination without a map. Without a map it is easy to get lost. Plans are of vital importance.

However, after we have made plans to accomplish a goal, we must act. Make good plans and then act. This is one of the laws of success. Interestingly, we often get caught up with focusing on one of those things – planning or taking action – when we need to focus on both.

If we act without making plans, the results – if there are any – might be subpar or worse. On the other hand, if we make wonderful plans and do not act on them, what good are they? In life, we must be both philosopher and warrior, coach and player. We need to make plans, but we must act on them.

Too often, too many of us get caught up making plans – frequently plans that are not written down but more like vague dreams floating around inside our heads – and never acting upon them. We forget, somehow, that any accomplishment in life takes some doing. What can happen is that we end up largely living our lives inside our own heads. Is that living? I suppose you could debate that, but I would say that it is not fully living.

Clever marketers make use of slogans that act as calls to action, principally so that we might buy their wares. As individuals, we must find or create slogans, mantras and sayings that work as dynamic calls to action/catalysts that impel us to act.

A head full of good ideas in the absence of action is not very useful, unless our idea of living is simply daydreaming.
Life should be more than a collection of idle daydreams which are never acted upon. Imagination and creativity are keys to individual and societal happiness. However, if we do not act on the product of our imagination, what end does it serve?

Imagine. Plan well and then act.