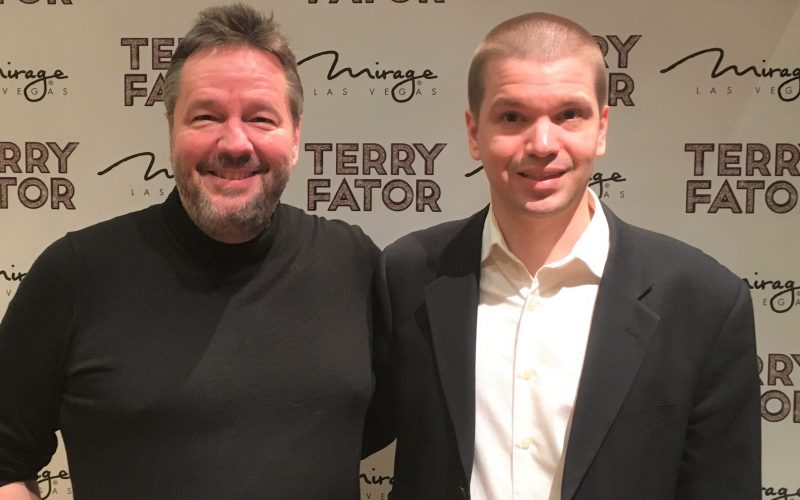 Puppets are returning to the Las Vegas Strip. Ventriloquist, singer and comedian Terry Fator will open a new show this coming Thursday, Thanksgiving night, at New York-New York Hotel and Casino. The America’s Got Talent star’s long running residency ended earlier this year at The Mirage.

Mr. Fator’s new show is called Terry Fator: Who’s the Dummy Now? The strip headliner will be performing in the same theater where the former Cirque du Soleil production Zumanity took place. Recently, it was announced that it would not be returning. Lamentably, none of the Cirque shows have reopened since they were halted in March, due to the coronavirus pandemic.

Last year, we attended Terry Fator’s show at The Mirage. We met him backstage in his dressing room before his holiday show, A Very Terry Christmas 2, began. You can see our photo with him from that evening above. You can also check out our CYInterview with him last year, by clicking here.

You can find more information about Terry Fator’s show at New York-New York Hotel and Casino by clicking here.