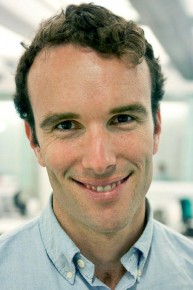 At present, many people are dissatisfied with the political system in America. Owing to this, alternatives to the two major parties are emerging. For example, AmericansElect.org is giving all Americans the opportunity to have their voices heard in the political process, from the comfort of their own homes.

In speaking with Americans Elect’s Chief Operating Officer, Elliot Ackerman, he provides insight into what their mission is. Previously, Elliot served in both the Marines and as a Special Operations Officer for the CIA. He is a decorated veteran who earned a Bronze Star, Purple Heart and Silver Star. Featured columnist Jay Bildstein joins for me this CYInterview. You can listen to in its entirety below.

Mr. Ackerman opens up explaining the mission of American’s Elect:

“The Mission of American’s Elect is to hold the first ever nonpartisan online presidential convention in 2012 and any registered voter can be a delegate to that convention and the ticket’s gonna be on the ballot in all 50 states. So American’s Elect, were really a vehicle for every day Americans to be able to put forward some of the best Americans to run for the presidency. So we want to see a credible ticket come out of what is a credible process…We face some real challenges in governance at home. So you spend a lot of time talking about democracy and good governance in Afghanistan and Iraq and it’s difficult to be thinking about those issues when you look to our country and see that we’re having real challenges in the way that we govern ourselves.”

Elliot Ackerman believes Americans should not be limited to being Democrats or Republicans, in order to impact the political landscape:

“We live in a world where we have infinite choice as consumers and as citizens in every other facet of our lives, why is it acceptable that in our political lives we have to only choose between brand A and brand B. You’re either red on an issue or you’re blue on an issue. That’s just not the way we live and that’s not the way people are gonna accept their political identity anymore.”

As far as the response to American’s Elect, in the short time they’ve been online, Ackerman states they have recruited 2000 volunteers across the country to each go out and find 500 delegates for American’s Elect. The initiative is called Project 500. He says they are on track to have a million delegates through their grassroots movement. Elliot believes the American people are being served up dysfunctional politics and it is up to all of us to initiate real change in this country.

“I think the American people are being served up politically unstable solutions. The American people want to see real, viable solutions put forward to the crucial issues that are facing our country. Listen, we’re sitting here right now with a faltering economy; we’re engaged with three wars overseas. We’re looking at our government and they’re debating whether or not they’re gonna even fund themselves to show up for work the next day and such completely uncompetitive behavior is ultimately not acceptable when people have alternatives.

What American’s Elect offers is an alternate way to nominated our leaders and put the best Americans forward…The one self correcting mechanism we have left when we’re served up dysfunctional political solutions and I think we are being served up dysfunctional political solutions which remember, we have the President of the United States himself calling our politics dysfunctional from the Oval Office. The one self-correcting mechanism we have left is the American people.”

Elliot agreed with Jay’s proposal – which Jay has shared with other recent CYInterview political guests – for a 50 percent salary cut for the President, Vice President and members of Congress, in order for them to lead by example in a climate calling for collective sacrifice. Additionally, Mr. Ackerman believes we do not have good leadership, in the political realm, at this time.

“I agree with everything you said and that leadership requires leading and just that. That’s the problem we have. We have a system right now that any leader that you put into that system automatically becomes a victim of that system and cannot govern. So unless we address a system that rewards extreme and partisan behavior and puts the interest of the party ahead of the interests of the people, we’re never gonna get good leadership.”

You can find more about American’s Elect at http://www.americanselect.org

2 Replies to “AmericansElect.org’s Elliot Ackerman Shares His Organization’s Mission With CYInterview; In Short, Break Free of the Political Duopoly and Put Power in the Hands of the People”