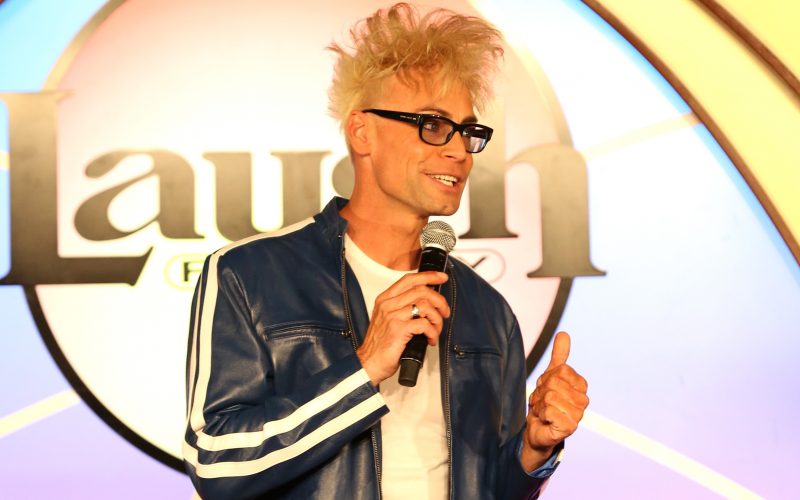 This afternoon, Murray the Magician returns, headlining his show on the Las Vegas Strip for the first time since the spring. He will be back on stage at The Laugh Factory at the Tropicana Hotel and Casino. Murray will be the first magician to restart his Las Vegas production, since all shows closed earlier this year due to the coronavirus pandemic.

Murray is one of Las Vegas’s most well-known entertainers. When not performing, he helps a variety of charitable causes here. Since his time away from the stage, he has been producing videos for his YouTube channel, which has over one million followers. The magician has also started a landscaping business. We spoke with Murray yesterday, on Thanksgiving Day.

On what it means to be back on stage in front of a live audience on the Las Vegas Strip, for the first time in months, the magician/comedian told us this:

“I really can’t wait to get back out there and work and perform because that’s what I’ve done all my life. With the restrictions, yeah, it’s gonna be a little bit different. You know, we can’t bring people on stage. They have to be 25 feet away from the stage, six feet apart, separated. But you know, our main concern is people’s safety. You know, second of all, they have a great time. And if you get those two things right, I think the show should be just awesome.”

For the coming weeks, new restrictions in the State of Nevada have been put in place, limiting audiences at shows to 50 attendees. Due to these restrictions, only a few shows will be continuing in production. Murray’s return to the Las Vegas Strip comes at a time when many of the city’s artists have not had ongoing work since the spring. Giving his perspective on how the time off has impacted him and the Las Vegas entertainment community, he shared this:

“You’re frustrated. You wish things would come back, turn around quicker, but I’ve always been a believer and I’ve always told people that it’s not what happens to us. Crappy things will happen to us in life. We’ll lose people. We’ll lose work. But it’s how we react is the power that we have to make a positive or a negative and that’s super important.”

Away from the Las Vegas stage, during the coronavirus pandemic, Murray the Magician has started a landscaping business. Various Las Vegas entertainers have been finding new avenues with which to make money during the pandemic. The entertainer tells us his passion for landscaping goes back two decades:

“It’s all about being relevant and surviving and I’ve done landscaping for over 20 years of my life. All my homes, I’ve done my own. I’m doing fireplaces to ponds to putting in mini and putt golf course, you name it. I love my friends and halfway through the pandemic, somebody said to me, ‘You know, have you been doing a lot of landscaping or gardening?’ I said, ‘I have. I helped a few of my friends, my sister in laws house in Arizona. We redid her patio and stuff.’ He said, ‘You should really start a company.’ I talked to a couple of my buddies who own companies, who do landscaping. They said, ‘They’ve never been busier than now, in 20 years.’

I thought, that’s amazing. You work outside, you’re not around a lot of people. There’s fresh air. It’s healthy. And I thought, you know, why don’t I start a company. I talked to my fiancé Dani [Elizabeth], who also is in the show you know, Crazy Girls. She loved that stuff too. And said, ‘I’m down. Let’s do it.’ So we started a company, Dirt 2 Dreams Landscaping. It’s something to keep going for 20 or 30 years because I know what I’m doing. I’ve done it for years. And so, we’re lucky. We’re doing a little seven to ten contracts a month, having a great time and it’s another creative outlet that’s completely different than, you know, walking on stage but, yet indirectly similar.”

Murray the Magician resumes performing tonight on the Las Vegas Strip at The Laugh Factory at the Tropicana Hotel and Casino. Shows will run Thursday through Sunday at 4:00 PM.

Listen to the Murray the Magician CYInterview on YouTube:

You can purchase tickets for Murray’s Las Vegas show and find more information at his official website by clicking here.