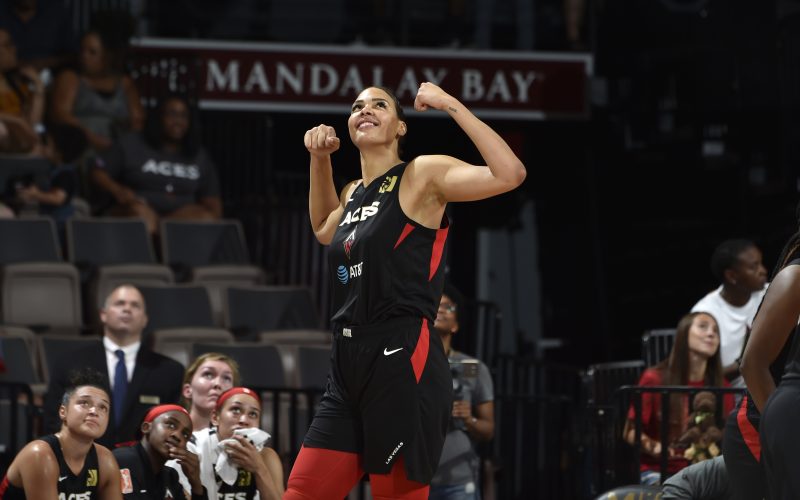 The Tokyo Olympics have begun and Las Vegans will have the opportunity to cheer on Las Vegas Aces star A’ja Wilson as she plays for Team USA basketball. Recently, we shared news of Ms. Wilson joining the U.S. Olympic basketball team [see here].

Aside from A’ja, another Las Vegas Aces star will also be competing in the Olympics. Center Elizabeth Cambage’s nationality is Australian and, consequently, she is playing for  Australia. At some point, two of Las Vegas’s biggest sports stars could be on the court together, this time, however, it would be on opposite sides of the court.

After the Olympics, the two basketball stars will be back together, as the Las Vegas Aces attempt to win their first WNBA Championship. The Aces are in second place in the WNBA standings, with a record of 15-6 behind defending WNBA Champion the Seattle Storm.

We here in Las Vegas will be rooting for both of these terrific players.