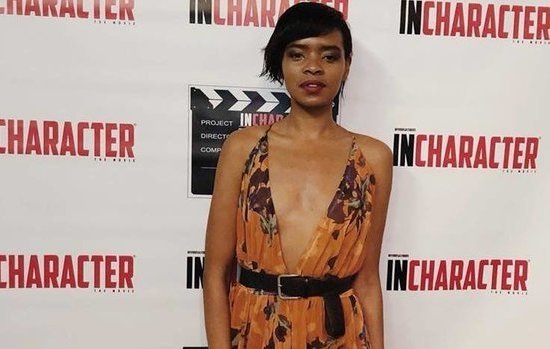 This past week, actress/model Jessica Davis celebrated her 29th birthday. On her social media, Jes has been sharing with people what it is like living with cystic fibrosis. For those who know very little about the disease, our close to 30 minute CYInterview should provide some insight. Featured columnist Jay Bildstein joined us for this important discussion.

“You just have to monitor your organs closely because they’re all affected by the mucus and that’s what’s kind of the main challenge. It’s also a very digestive disease where you’re not really gaining a lot of weight. It’s hard to digest and retain nutrients. So it’s a very intricate and complex condition. … CF is a very individual disease. There’s different levels of cystic fibrosis in terms of how it affects the body. Some people aren’t even diagnosed until their teens, maybe into young adulthood when they’re in their 20s. So it’s just a varying spectrum of how it affects a person. But it’s something that you can live and thrive with.”

What makes the Brooklyn based TV and independent film actress’s story particularly inspiring is that, in the face of her health challenge, she is living some of her show business dreams. Jes has played on the popular Netflix show Orange is the New Black and she tells us that some of her independent acting projects have been in various film festivals. On what one of her acting dreams, she told us this:

“For the past few years I’ve been, really wanting to make a film about Josephine Baker’s life because I think she was a very interesting woman and there’s not so much about her in terms of film and just storytelling and narrative story about her. So I’ve been putting that out there in the universe and I would love that to be seen on a larger scale and I would love to obviously play her and share her story with the world. But alternatively, you know, just to work with people that I admire and people that, you know, they might not be well known, but are very dedicated and motivated in their craft.”

To hear the entire chat with Jessica Davis and to learn more about cystic fibrosis and her show business career, you can listen to the entire CYInterview below:

Check out Jessica Davis’s official website at www.jesdavis.com to learn more about her and her work in show business.