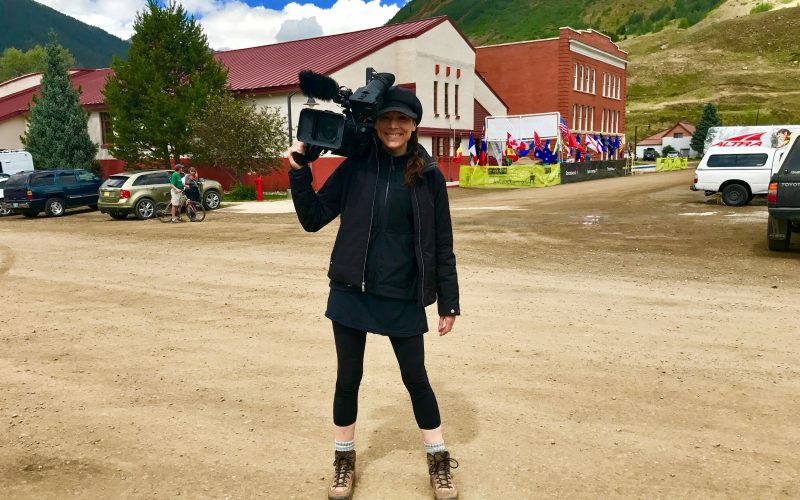 We could all use some inspiration in our lives, right about now. Actress/filmmaker Liz Vassey’s documentary on running, The Human Race, chronicles six runners age 50 and over. The runners share their challenges and their passion for movement. In our CYInterview with Ms. Vassey, which included featured columnist Jay Bildstein, the actress shared with us why she decided to make this documentary:

“I live in Los Angeles where they churn out ageism on a daily basis. So, I thought maybe I could put something out there that shows people of certain generations doing things that will astound people and show them that they’re more capable than they think they are.”

One of the runners whom Liz profiles in The Human Race is Helene Neville, who ran the perimeter of the United States of America; that in and of itself is an otherworldly accomplishment. It is made all the more remarkable by the fact that Ms. Neville has survived cancer multiple times.

Part of Helene’s running saga was covered in the documentary. In one instance, she was given a great sendoff in Las Vegas, by past CYInterview guest, the late Robin Leach of Lifestyles of the Rich and Famous fame [see here]. Speaking about Helene Neville, Liz said this:

“She’s been an inspiration to many people and mostly to me.”

The Human Race can be watched on Amazon Prime Video, Itunes and numerous other media platforms. On how the CSI: Crime Scene Investigation actress – among many other roles – sees this film which she created, she said this:

“This really was a message that I felt was important, that people don’t look at their second and third act of their lives as a time to give up, because none of these people did in this doc.