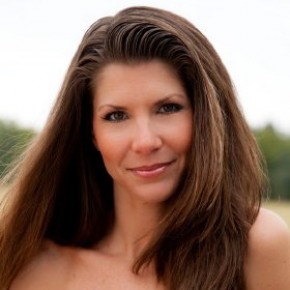 Actors and wannabe actors flock to Hollywood each year, hoping to be cast in projects that’ll put them on the map. We usually hear their tales of trying to make it after they’ve gained some notoriety.

Actress Michelle Lemon is currently doing her pre-fame-dues-paying, making the most of small roles. She’s working hard to get her “big break.”

But Lemon – whose sweetness belies her name – is, no doubt, anonymously known to legions of Will Smith fans for slinging a choice epithet at the A-lister during the first few minutes of his 2008, action/comedy Hancock. In the flick, Smith plays a kind of anti-super hero. He fights crime, but at a great cost to society. He drinks. He’s crude. He’s rude. And he tries to grab Michelle’s buxom buttocks in the beginning of the movie.

Lemon’s character responds to the A-list actor’s attempt at grab-assing by calling him an asshole. Of course, it was all in filmic, good fun. After the scene was over, Michelle told Smith that the almost-glute-grab was the most action she’d had in a long time.

In preparation for Hancock, Michelle worked with Smith’s acting coach, Aaron Speiser. She got her start on the NBC show Las Vegas, alongside Josh Duhamel, body-doubling for Nikki Cox and standing in for Molly Sims.

Speaking about aspiring actors, Michelle says the biggest challenge is finding an agent with established credentials; someone who knows the ins and outs of Hollywood. Lemon says every agent has a different career path suggestion. She believes the key is to find one who knows the right direction.

It will be interesting to see how Lemon’s career progresses in the coming years. She’s bright, beautiful and not afraid of hard work. Oh, and she’s got the moxie to call an A-lister an A-hole – on screen that is. She may be named Lemon, but she’s no lemon. Michelle’s a winner.

Listen to the Michelle Lemon interview:

Chris Yandek: Why don’t you start off by telling us a little bit about yourself and your acting background?

Michelle Lemon: “I’m new to the acting world. I started out in the modeling business and now transitioning into the actor world, which is completely different. I’ve studied with Aaron Speiser. His claim to fame is he’s Will Smith’s coach as well. So after getting the little part on Hancock, I figured why not follow in Will’s tracks because he seems to be doing it right.”

CY: What are you currently working on today?

ML: “I’m working on the TV show The Mentalist. Not as an actor though, as a stand in. It’s good. You learn the technical side of it as far as the camera angles, the lighting, and stuff, but it’s very unstimulating as well.”

CY: So what’s like the lesson you’ve learned when you transitioned over from modeling to acting? What’s the thing you’re learning as you’re breaking into this business and getting some roles?

CY: So speaking of that role with Will Smith in Hancock where you have a little scene with him and get to interact with him and you call him an asshole of all things, what did it feel like to get paid to call Will Smith an asshole?

ML: “Yeah, well it’s not farfetched from my real life. So if some guy would grab my ass in real life he’d definitely be called an asshole. He’d probably get a right hook. So Will got off easily with that. No. Will was great. After three or four takes, he put out his hand and introduced himself. He’s like, ‘By the way, I’m Will.’ I’m like, ‘Hi. I’m Michelle. Now you know whose ass you’re grabbing.’ I was like, ‘Thanks. That’s the most action I’ve had in a long time.’ So he thought I was kind of funny. I was nervous, but it was cool at the same time.”

CY: Has that role affected you in getting other roles? What’s been the reaction thus far?

ML: “No. Nothing really has come since then. I just have been going out for little roles on short films and stuff like that. I mean my friends and family, of course, are excited over it, but it hasn’t really led to anything else except for sending me to the right acting coach to get properly trained.”

CY: Tell me about your experience working on the NBC show Las Vegas.

ML: “Vegas was the beginning for me. I was too afraid to go into acting. I originally came out to work in art department because I don’t like to be the center of attention. Vegas was kind of like, grab me up and threw me in. I started doing background on there and they kept featuring me over, over and over. They let me do a bit where I got to throw a drink in the actor’s face because he mistakes me as a hooker. Once again I worked in bars for years so throwing a drink in someone’s face, that’s not far from reality either.

They definitely put me in front of the camera all the time and I ended up being a photo double and standing in for Molly Sims, the lead actor there. I photo doubled as well for Nikki Cox if you will, but I actually was Nikki. They transformed me into her, gave me hair extensions, made my hair red. I finished a scene for her because she wouldn’t come back to finish a scene for the final season. So I got a shoot with Josh Duhamel and he’s great. He’s got the most amazing personality, totally down to earth.”

ML: “Well, I would love to be like a working actor and not a stand in. I don’t want to be stuck standing in forever. I mean it’s good for the sense that the producers and directors have to pay attention to me and look at me on the screen, but I’d like to be more challenged. With the acting you’re always learning new roles whether you’re a doctor or a lawyer, scientists or whatever. So you’re constantly being stimulated and I like that part because I get bored very easily. I could never go to the same job for the next 20 years without going insane.

I like to keep things changing and that’s what’s great about the acting. I don’t have a desire for fame per se, the fact I would not like that. The money that comes along with it of course is great, but I just like the craft and the art behind it. It’s a lot of fun. I still get nervous in front of people and being the center of attention, but I figure hell if you’re not comfortable in your own skin, why not pretend to be someone else, right?”