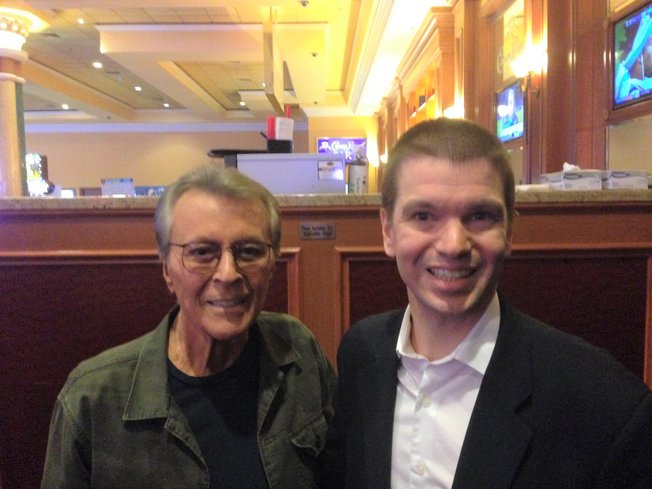 Last night, actor/singer James Darren did a terrific job of entertaining people attending his concert at the South Point Hotel and Casino. The veteran performer sang classic songs, including I Get a Kick Out of You, Come Fly with Me and Just the Way You Are. See my photo with him above.

During the show, the actor took us down memory lane, reflecting on his roles in the Gidget movie franchise, T.J. Hooker and his voiceover role in The Flintstones. He also shares stories about William Shatner, Frank Sinatra and Heather Locklear among others.

At 83 years of age, Mr. Darren’s vocals are both strong and soothing. Along with his singing and storytelling, he also infused comedy into his concert. With his set of songs, the singer takes you back to an earlier time in Las Vegas.

James Darren has one more concert tonight at the South Point Hotel and Casino at 7:30 PM.

You can keep up with everything James Darren at his official website www.jamesdarren.com