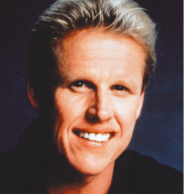 In recent years, audiences have seen actor Gary Busey on Celebrity Apprentice and Dancing with the Stars. Aside from his appearances on reality TV shows, he has continued to do the thing that made him a star, acting. His latest project is a movie titled Candiland out now on DVD and video on demand. The former Oscar nominee plays a father concerned about his son’s well being.

We spoke with Mr. Busey about Candiland, his role as Buddy Holly in the 1978 film The Buddy Holly Story that earned him an Academy Award, his favorite movie roles and other topics.

On why people should watch Candiland on DVD or video on demand, Gary Busey says this:

“You’ll feel better about yourself after you’ve seen the movie. Especially if you’re a father and even more special if you’re a son.”

Reflecting on The Buddy Holly Story, Mr. Busey had this to say:

“A dream come true. I was in the ninth grade standing in my house in Tulsa, Oklahoma when I heard on the news that Buddy Holly and “The Big Bopper” and Ritchie Valens went down in a plane. I had no idea I’d be playing him when I’m 35, Buddy Holly. I’ll tell you this about Buddy Holly, he sang through me when I did that film. That was his spirit coming through me. That’s not acting. That is. That’s just as it is.”

On what he wants his fans to know about his life today:

You can watch Candiland on video on demand clicking here

You can purchase a copy on DVD of Candiland clicking here.