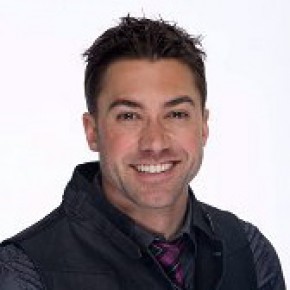 Ace Young is one the lucky few to have capitalized off his American Idol fame. In a competition where many of the top 10 finalists become yesterday news, Young has parlayed his notoriety into a stint on Broadway and on the Fox TV show Bones. His musical success since idol has included a Grammy nominated collaboration with fellow idol alum Chris Daughtry for the song It’s Not Over. Right now Young is jumping back into the idol scene hosting American Idol Extra on the Fox Reality Channel.

Listen to the Ace Young CYInterview:

Chris Yandek: You’ve transformed out into acting, you’ve been on Broadway, you get nominated for a Grammy, what has been the key to your success?

Ace Young: “I think the only thing that you can really live by is if you do good work, good things will keep coming. I really haven’t looked too far in the future of everything that’s coming my way and doing so I really focus on what I’m doing. I try to do my best on everything I am working on writing wise.

I definitely got my butt kicked a little bit on Broadway. I wasn’t ready for over 100 shows with Mondays off. Once we got in the swing of things it was a blast and it was a new challenge for me. I did my best and it got me into this next thing in a funny way brought me back to American Idol.”

CY: As you say of these contestants, what advice can you give them to stay relevant? Let’s us say for example there were in a situation like you, maybe they finish in the top ten but they’re not one of the finalists. What can you say to stay relevant?

CY: As a host of American Idol Extra, what would be something people would be surprised to know about this year’s contestants?

AY: I think that the biggest thing people would be surprised to know about the contestants this year is they’re actually friends. A lot of years people look like they’re friends and a lot of years they are. For the majority, really, I’ve seen all the past idols in a room and many different gatherings since I’ve been off the show.

I can say truthfully that my season, we’re really close, we’re actually friends and I can say that I see it in this group of people as well because they’re all going through something that’s life changing, but at the same point they’re doing it together and they’re realizing that they’re not in competition with each other. They’re just going on stage, doing their best, and America is throwing them the opportunity. They’re voting. So it’s not between the contestants.”

CY: Who is your pick right now to win this whole thing?

AY: “I truthfully don’t know. I was really caught off guard with Matt when he got his save and he came back and performed so strong. I think that Allison is doing amazing. She’s gonna flip it around on us and be that spunky sixteen year old girl today and I really think that’ll keep her out of the bottom three. Adam [has] done well and Danny [has] done really well but they’ve also set their own personal bar pretty high. If they have a week where they’re off, I think they could really get kicked off the show. It’s an amazing thing just to see how everything works.

I remember my year when I was in the bottom three and the top 12 I was really surprised because I wasn’t ready to go. I didn’t have to fortunately. Then once I got kicked off the show just a couple weeks later Daughtry got kicked off the show and everybody thought he was the go getter for the season. It’s an interesting thing to put it out there but I truthfully think it depends on week to week. Right now everyone’s telling me Danny and Adam are the front runners but I think Allison and Matt are gonna come up on their heels really quick.”

CY: Speaking of Chris Daughtry, you’ve had the chance to do some collaboration work with him, but who else have you been keeping in touch with from your Idol days?

AY: “I’ve actually kept in touch with a lot of people. Because of Grease I kept in touch with Taylor Hicks. Taylor was on Grease playing Teen Angel and he actually called me and told me about the opportunity there and his contract was about to be up. That’s what initially introduced me to Grease.

Once I saw the show and I told him I’d be Kenickie I wish I was Teen Angel because he only had to work for ten minutes a day. Other than that I had a blast. I was working really hard and enjoying New York City and got to meet my girlfriend out in the city and just enjoy the most gorgeous time in New York City, which is Christmas.”

CY: Simon Cowell, when you’re not being judged by him, and he’s not in front of the camera, who is this guy really?

AY: “When Simon Cowell is not in front of the camera, he’s still happy to give his opinion. He’s not as opinionative as you think. He’s a really good guy. He’s laid back. He’s a business man. Right now he’s running two different shows across the world. He’s on a lot of planes. Every time I get to talk to him he’s gracious. He remembers your name. Says hello. And he’s actually excited to talk to you. I would have to say out of everybody, he’s a really good guy as a lot of the others are as well. Just don’t ask him what his opinion is because he won’t share it if you don’t ask.”

CY: And it leads into the question of what are your thoughts on Susan Boyle?

AY: “I was caught off guard with Susan’s audition overseas. I think that she has a long way in the competition for people making a living doing that. At the same point, that’s what these shows are for. She’s getting the express list all the way to the opportunity to actually have a career. I would love to see nothing but success for Susan in the future. I would like to see Simon back it up and actually bring her to the states like he did with Bleeding Love [Leona Lewis].”

CY: You seem to be someone who is very comfortable with doing a bunch of different things whether it’s in TV shows, Broadway, collaborating on music, hosting shows. Would you ever consider doing something like Dancing with the Stars?

AY: “I don’t know if I would consider doing Dancing with the Stars. I think I got my reality fix with American Idol. I am definitely doing a lot of different things and I’m blessed to be doing so because the opportunity is coming my way. On top of that, with all this opportunity, I for the most part get to be myself.

On Grease, that was really the first time that I had to play a character. Other than that I’ve been able to be myself and let the whole world know through my experiences what my opinion is on everything going on with American Idol. As far as business, we’re pushing a lot of things out in California the whole world doesn’t know about yet. My brother and I are working really hard to make sure we do what we love.”

CY: In closing, what is something that we should know about you that we don’t?

AY: “I used to do standing back flips on the stage when I was a little kid. I am an eagle scout. That’s something people don’t know. It’s something that I put a lot of years in, and I enjoyed doing, and see the country and all the camping trips when I was growing up.”