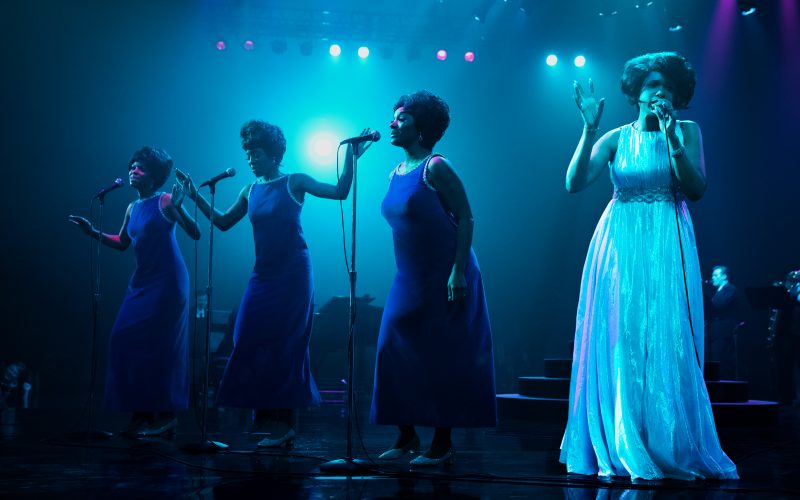 In less than 100 days, we get a chance to witness Academy Award winning actress Jennifer Hudson’s performance as the Queen of Soul, Aretha Franklin, in the movie Respect. The film will be released in theaters nationwide on August 13th. That is three days prior to the third anniversary of the music legend’s passing.

This year began with another pop culture tribute to Ms. Franklin. An eight-part miniseries was released by National Geographic TV, on her early years and rising success. Titled Genius: Aretha, Oscar nominated actress Cynthia Erivo plays the lead as Aretha Franklin. That series can be watched on Hulu and is well worth seeing.

2021 is the year of Aretha Franklin tribute projects. The Queen of Soul passed away on August 16, 2018. In 2014, we met Ms. Franklin at The Blacks’ Annual Gala on Miami Beach. See that picture below and read about that evening by clicking here.