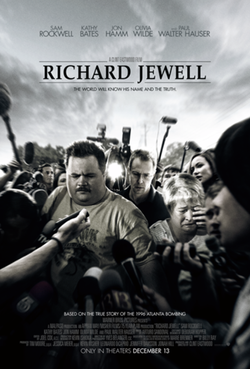 Academy award winner, actor/director Clint Eastwood’s latest film comes to movie theaters on December 13th. Titled Richard Jewell, it is based on the true story of a security guard who reportedly found a backpack with three pipe bombs at the 1996 Olympic Games in Atlanta, Georgia. Mr. Jewell alerted authorities before the bombs went off and thus saved lives. However, he was initially implicated in the bomb plot.

A hero, Mr. Jewell has since passed on.

The cast for the movie includes Paul Walter Hauser as Richard Jewell. He stars alongside Kathy Bates, Sam Rockwell and Olivia Wilde.