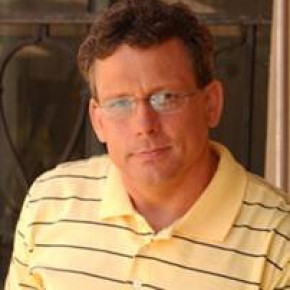 In the late 1970s, actor Willie Aames landed the role of Tommy Bradford on the hit sitcom Eight is Enough. He would later go on to star in another hit sitcom Charles in Charge from 1984 to 1990. Recent years thought have been nothing but troubles for the former child star that included bankruptcy, divorcing his wife of 25 years, homelessness and suicide allegations among other things.Five months ago Ames was homeless and sleeping in the bushes.

Today the actor has bounced back with a home, a car, and a job that have given him stability. He hopes to go back to business school and speak to Americans about financial literacy. In the meantime, Aames will get into the ring for Celebrity Boxing this Saturday in Philadelphia.

Listen to the Willie Aames CYInterview:

Chris Yandek: What was the main reason you wanted to do this?

Willie Aames: “Obviously in the last year things have been pretty up and down for me. Mostly down I’d have to say. I had actually not been able to do this event a couple of times in the past when I’ve been asked. Right now to be quite honest with you, the best way for me to redeem the last year of really negative things going on in my life is to try to take a step forward and do something positive.

Obviously I need money and I need to support myself. As I’ve kind of looked at all the mistakes that I’ve made in the past, I decided I really wanted to try and take a step forward and do something positive. I am going to go into this fight obviously looking to win. And if I do win, I want to dedicate some of those funds to some of the campaigns that are out there to promote financial literacy.

At the same time, the money that I earn, a portion of that is going to put me through business school. I want to go back to school and get accredited in business and finance and try to redeem some of the just horrible mistakes I’ve made in the past.”

CY: It seems you’re in a position that many other child stars have been through, but do you consider this thing to be helpful?

WA: “I think at this point Chris, in all honesty, I think anything is going to be helpful at this point to a place where I can redeem some of the really horrible situations I’ve put myself in. Yeah. I really do think it is because I am not the first guy in the world to file for bankruptcy. I am not the first guy in the world to lose his house to foreclosure.
I think we have some bad habits. My personal worst habit has been not paying attention to finances and not really learning how and why they work so I can learn to respect them. I am not saying I’m going to be the financial giant. I’m saying I’m taking the steps to pull myself out of it. Let’s face it the whole country needs to learn that right now.
If by doing this and bettering myself I can actually inspire some other people to do it, then great. That’s a very good thing. I don’t want to give the standard hey! I’m out here to redeem the world because that would be a complete fabrication. I am out to redeem myself and the past.

CY: How did you go from being homeless to getting back into the real world? What were the steps?

WA: “Well, first and foremost, I had to evaluate what I had allowed to happen. I took some risks that not only put me in financial trouble, but it put my marriage in trouble. For the first time in 25 years I found myself alone and I had a huge hand in doing that by the way I was behaving and some of the things I was doing. Then secondly I had to try and figure out exactly what I needed to get started and they’re all small steps and it wasn’t easy.

I ended up getting a job installing satellite systems. It’s hard work, which was good to keep my focus on anything other than just my problems. It started to meet the needs in terms of my financial obligations to feed myself, and clothe myself, and get an apartment and that sort of thing and so I did. I gained a tremendous amount of self-esteem back because Chris, the fact is that when you have a year or a couple years the way that I have, you really begin to wonder whether or not you have anything to offer anybody, let alone yourself.
When you can get over that step and you can finally get a job no matter how small, no matter what it might be or how it may look, that goes a long ways towards building your confidence back a little bit at a time and that’s what I did.”

CY: Talking about fighting financial literacy, I know that you filed for bankruptcy, you had debt, but explain to me what happened in your case.

WA: “I think that stems from a lot of things. I’ve never paid attention to my own finances. I’ve had someone else do it and I’m not blaming my problems on them. I should have known better. I should’ve taken more of an interest in how I spend my money, where I spend my money, and how money works as a tool.

I always viewed this thing as well, these people love money and that’s their whole existence. I’ve never really learned to respect money and how difficult it is to make money because let’s face it, I’ve been making money since I was nine years old. That I think was the catalyst for all of the problems that I had.

The equal devastation in that was I put my family through so much at that point that they just couldn’t take it anymore. Along with that Chris, as it got harder and harder to get jobs in the entertainment industry, and we all know this industry is changing constantly. It’s more and more difficult for any show to get picked up let alone any one person. I began to place more and more esteem on the fact that I had what I considered an impeccable marriage of almost 25 years.

90 percent of my self esteem was wrapped up in my marriage and this somewhat arrogant thought that I had this killer marriage. What I wasn’t seeing was the damage I was doing to my family by putting them through so much hardship and increasing bad situations. The things that I brought on myself in some cases and some things that just plain old happened.”

CY: Earlier this year you had an incident where you tried to harm yourself. What happened?

WA: “I’ll be honest with you. I have not read all of those things. I didn’t feel it was wise for me to read more bad publicity when I was going through the worst time of my life. There are some inaccuracies in those stories that I know about and there are some things that are very accurate. One of the things that started about 10 years ago Chris was I was put on antidepressants. I was on extremely high doses of two different antidepressants and you should never go off those things cold turkey. One of them is notorious for creating huge problems. I was in L.A. working on a show after my wife had left and I had begun to run out of those medications and I had sent word back to Kansas City for my ex wife to send them out. It took almost eight days before they ever were sent out. I had them sent to an address I was not at and that person there was gone. I ended up going cold turkey off those things and it’s never a good thing.

That’s when I ended up at USC Medical Center. Obviously I was depressed. I did something that I hadn’t done in 20 years, which was gone out and gotten drunk and I did some really stupid stuff. Now the story comes out that I tried to commit suicide. I don’t ever remember wanting to harm myself or anything else. As a matter of fact, when I got to USC, they said, ‘Well, we’re told you have lacerations all over yourself. Where are they?’ I said, ‘I don’t know.’ I was in the bushes and I had scratches all over myself.

They said, ‘You’re doing amazing. You’re really doing amazing.’ It’s my guess. And as I’ve said, I’ve not read all the accounts and a lot of it is really very hazy.”

CY: Have you had a drink since then or not? Or was that a one time thing?

CY: Finally, you say you want to go to business school, what is your ultimate professional goal going forward?

WA: “Right now, this is what I would like to see. I really want to go back and get accredited in business and finance on my way to getting a CFP, which is a certified financial planner. Do I want to go into the finance business? I don’t know. I do know that what I want to be able to do in the short term. I am really not looking too far out on this. I want to get back to school and I want to learn about those things that I have not been able to get a grasp of and then see where it goes. There are some offers.

It’s funny, when you come through something in the short term that’s why I’m trying to be so careful with you Chris. In the short term, people are saying you could speak, you could do this and that. My feeling was this, I don’t mind speaking, but I want to make sure that I have a very credible, authentic accreditation in what it is I’m trying to learn about.

If I get those accreditations then I can go to work in almost any area really. I’m not sure what that area might be, but what I don’t want to do is get on some big bandwagon and go look, everything is great and I’m six months out. There’s a lot of work to be done.

If for some reason what I’m doing can inspire people that have lost their jobs in this time or whatever that you can start over at 50, that is going to be a great byproduct and I say that as a byproduct. Right now what I need to do Chris is I need to get my life in order. I’m fortunate I’m solvent right now. I need to keep it that way. I need to find out exactly what it is Willie Aames needs to do in the long term and I’m not exactly sure what that is. I know what my passion is right now. My passion is to go learn these things and maybe I can help some people along the way.

Celebrity Boxing 8 is this Saturday May 16th in Philadelphia. You can order the pay per view at http://www.iclips.net.

You can also find more information at http://www.celebrityboxing.tv

The event is being sponsored by http://www.smokingeverywhere.com