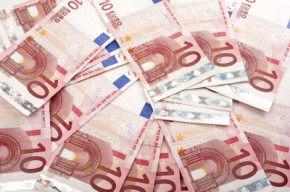 Recently, economists and financial analysts have been indulging in a guessing game about the future of the Euro – the currency of the eurozone, which comprises 17 European Union nations – with greater frequency and intensity than ever before. The eurozone faces potential disintegration. The question everyone wants answered is what will happen if it does break apart?

This unanswered question has affected currency values, created a yoyo effect in world stock markets and generally shaken investor confidence on a global scale. That confidence has, in general, been skittish since, at least, the financial crisis of September 2008.

They say hindsight is 20/20. It is easy to second guess bringing diverse European nations together under one monetary roof. Today, many see a common European currency as a liability.

The United Kingdom seems wise for participating in the European Union but not in the eurozone. Currently, the UK is coming under fire from European nations for not wanting to renegotiate the terms of that Union. A few years back, many intelligent people thought the creation of the Euro currency was a smart move, a move that would stimulate trade and economic growth. That was then.

Now, people look and remark that it is difficult, some would say impossible, to have a bunch of nations share a common currency – a common monetary system – without sharing parallel fiscal planning and lockstep economic philosophies. Alas, the fiscal controls, outlooks and methodologies of different European nations are different.

Nations deal with economic challenges through the combined use of fiscal and monetary policy. If Greece were still using the Drachma as their currency, a devaluation may well have already taken place, perhaps more than one.

Will the Euro survive, or will this young currency soon leave the global scene? And if the Euro does join the pterodactyl and the wooly mammoth on the ash heap of history, what will happen to world financial markets?

I am not about to handicap what will happen to markets in the short term. I am willing to say that human beings have, time and time again, proven themselves to be resourceful and ingenious when the have to be. Essentially, the world is resilient and while there will, no doubt, be stomach churning uncertainty and financial pain if the Euro disappears, the world will keep on spinning. Life will not come to an end. There will be economic pain, yet opportunities to make money will exist.

In a world with or without a Euro, the sun will shine another day.