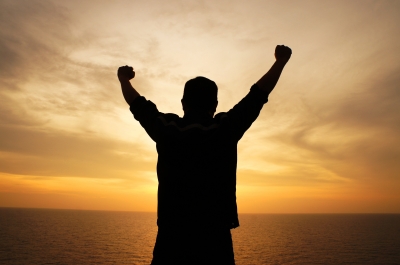 There is a time to think and a time to act. Disciplining ourselves to follow through on this often takes more effort than we might realize, but it is most certainly worth it.

There are those of us who are perpetual doers. We do and do and do but often do not spend time contemplating exactly why or what it is we are doing. We are driven by quick ideas and impulses. Something comes into our minds and we act. We find it difficult to sit still, either actually or metaphorically. Our mantra is, “Take action!”

Taking action sounds heroic. Indeed, taking action, especially when many of the people around us are rooted in their habits and cling to an unsatisfactory status quo, is at times considered an accomplishment in and of itself. Society often admires a person of action.

However, those of us who are prone to action often dissipate our energies because we do not sufficiently plan, prior to doing whatever it is we have a notion to do.

Then, of course, there are those of us who are thinkers. We look at every challenge and every problem and pull it apart from various angles, attempting to make sense of things. Often, as thinkers, we make plans, only to rethink and change those plans and then correct and change the changes we have made to those plans again. Consequently, we live lives in which we have generated many great and refined plans but taken far too little action.

Is it possible, however, to be a thinker and a doer, a planner and a person of action? The answer is yes.

If we have a tendency to act on impulse we must discipline ourselves to step back, think critically about what it is we are about to do and make some kind of plan before we take action. On the other hand, if we are always thinking and planning and not taking action, we must create a starting point for ourselves from which to embark on making our plans become a reality.