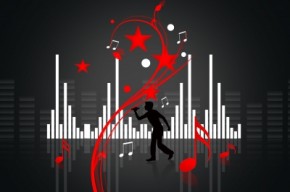 There are two kinds of talent. The first kind is relative to a specific skill or pursuit. For example, you have a talent for singing or dancing. That means those things come naturally to you. It is as if you were born to do them. The first time you sing a song you are right on key, or the first time you dance you move with grace and ease.

The second kind of talent is not typically thought of as a talent at all. It is not generally recognized as an innate ability or a cultivated skill. This is unfortunate, because this talent is the greatest talent of all. It is the ability to focus on a goal and move forward with laser-like intensity until it is accomplished.

Understanding the two types of talents, let’s call the first one skill specific and the second one will specific, can help us gain insight into how we might live happier more fulfilled lives. Interestingly, pop culture – if we pay attention – provides lessons about these two kinds of talents and the enormous importance of the will based variety.

How many times have you seen an actor performing and thought, “He’s not that good. I could do better.” Or how many times have you heard a singer singing and thought, “I can do that.” As far as your skill based ability, who knows, you might be right. But do you have the talent to persist and persevere like those performers do? Can you accept rejection after rejection, year after year, until you achieve your goal?

You see – and this becomes particularly apparent in popular culture – the people who rise to the top are not necessarily those with the highest level of skill. Yes, they certainly have some skill based talent. Perhaps, however, that is not their most important talent. Maybe, their most important talent is their will to succeed; the driving passion they have, day in and day out, to absolutely reach their goal.

As a society, we tend to place great emphasis on the cultivation of skill. Skill is important. Yet, without a strong will – whether it is an innate quality or whether we spend time cultivating it – we are unlikely to ever actualize our potential. Spending time developing the talent of will is time tremendously well spent.