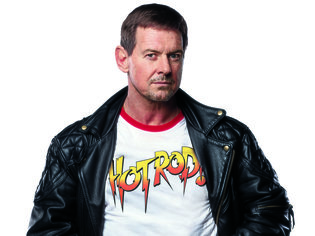 “Rowdy” Roddy Piper, one of the great professional wrestlers to make his name back in the 1980s, a golden age of wrestling, if there ever was one, has died. I was fortunate to speak with him, at length, on two different occasions. Below is the second of our conversations.

After making a return to the WWE at WrestleMania 19, Roddy parted ways with the company in 2003. After his release, I spoke with him in-depth about the state of the WWE at the time, being featured in the HBO Real Sports segment about pro wrestlers and drug usage and a variety of other topics. In 2005, he was inducted into the WWE Hall of Fame.

You can read some of the highlights and listen to the entire segment below:

Many pro wrestling fans and historians will point out that Roddy Piper is one of the most accomplished wrestlers never to win the WWE Championship. On why he never got the belt, he said this:

“I didn’t need one man. Only people who can’t draw money need belts. … That was one of my packages. I don’t know how many belts I’ve had. You know, obviously that’s kind of a little bit of a hypocritical statement from the point of whatever many championships one has had. However, when it comes down to actuality, I packaged myself in such a way that I just need to get on TV. And the only thing that I do need is a great opponent, but I don’t need no belt to get over and they all knew that. It would be a waste of a belt. Give it to somebody who needs it.”

Reflecting on his life and career, Roddy told us this back in 2003:

“You know, I got lots of kids. I am a big kid guy. I’m a big kid fan. I understand troubles and woes. … At my stage in my career, I’m going to do entertainment in various ways. … I’ve been a very lucky man and I think I just owe the world a lot and I want to pay them back.”

Special thanks to Tara Carraro and Annie Kruger at the WWE for this photo of Roddy Piper.

One Reply to “A Rowdy RIP to Roddy Piper: Wrestling Great to Ring in Sky; CYInterview Looks Back at 2003 Chat”