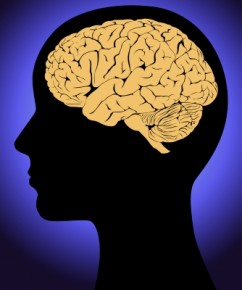 “Only two things are infinite, the universe and human stupidity, and I’m not sure about the former,” is a quotation attributed to Albert Einstein. I’ll use the title of a George Clooney movie to express my sentiments about the late, great physicist, O Brother, Where Art Thou?

I grew up being fascinated by Albert Einstein. I read articles about him. I read one of the biographies written about him. I am pretty sure I wrote a book report about that biography. Do kids still do book reports? Never mind. We discussed Einstein in school. Simply put, he was an iconic figure, revered for his revelations about relativity, as well as his cerebral horsepower in general.

When I say the name Albert Einstein, I get inspired. His name alone reminds me of the power of imagination and creativity when mixed with focus and cultivated intelligence. A great man he was.

And now I’ve been musing. What if Albert Einstein were alive today? What would we think of him? How would he be received by the media? How would this great mind of the 20th Century fair in the age of image, the Internet, social sites and the 24/7 news cycle?

A reality show perhaps? What would its title be? Hmmm, how about Who Wants to Fix Albie’s Hair? What would television commentators say about him? Might it be, “Well, Dr. Einstein makes a few interesting points, but how can we take a man seriously who doesn’t use hair products?” I see panelists on this important “news show” nodding in unison.

I think, however, that no matter how foolish things seem to be getting in the media these days, there is still hope. This sense of hope can be reinforced if we listen to an important message from Albert Einstein’s hair. What’s the message? Glad you asked.

If the theoretical physicist’s hair could talk, I imagine it telling us there are more compelling things in life than how we look. Maybe that message could be summed up in three simple phrases: 1) Inner imagination is more important than external image. 2) Creativity trumps corporality – our physical body. 3) Substance beats superficiality.

Newsflash: The first season of Albie’s Hair has been cancelled.