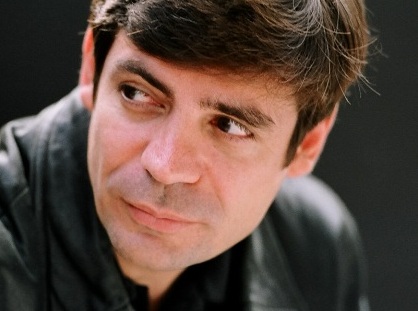 2013 has kicked off with two main political conversations in the United States. One concerns the nation’s finances – the so called fiscal cliff – and the other focuses on gun rights/gun control.

Many people are displeased with the nation’s trajectory. With that in mind, CYInterview welcomes back the always compelling, Reason.com/Reason.tv Editor in Chief Nick Gillespie, to talk about a variety of pressing political topics. Featured columnist Jay Bildstein joins me for this important, independent-minded discussion about the state of America.

Summing up how the fiscal cliff was dealt with and what it says about the state of American governance, Nick says this:

“Sadly I think what they revealed is exactly what’s been happening for the past four years, basically as well as the next four years; which is a virtual, complete inability of Congress and the president to actually get together and do their job. And you know, what I think job number one for the federal government is probably come together and say, ‘Ok, this is what we plan to spend in the coming year.’ We have not had a federal budget in over three years.

We have not had a federal budget in over three years primarily because of the Democrats who run the Senate have failed to produce a document that even they can discuss, much less actually vote on. But all three branches, rather all three parts, the House, the Senate and the president – the head of the Democratic Party – all deserve a lot of blame for not coming up with an actual budget. This was, it’s inexcusable. It’s the type of thing that should be the source of massive outrage.”

The Editor in Chief of Reason.com and Reason.tv argues that both the Democrats and Republicans are not truly interested in solving the real challenges faced by the nation. He makes the case that both parties continue to kick the can down the road:

“There were many clarifying episodes throughout the whole fiscal cliff discussion and for the Republicans, it was that you know the pants wetting that went on in party about cutting relatively minor amounts of money from the defense budget, for one year essentially, because after that the rate of increase spending in the defense budget under the sequester rules actually starts going back up again. But you know it showed that the Republican Party is not actually serious about cutting spending. … The fiscal cliff showed in the Republican response and the hysteria about possibly ever cutting one dollar from a defense budget that has gone up 75 percent since 2001. It showed that they’re not serious about cutting spending.

On the flip side, what Barack Obama’s posturing and the Democratic legislature that went along with this by massive numbers, what it showed is that they are fundamentally not serious about raising the revenue necessary to pay for the government they say people are demanding. You simply, the idea, Obama first off was saying, ‘Oh I’m just gonna hit up people making $200,000 as individuals or $250,000 as a couple.’ He immediately swatted that away and went with this $400,000 and $450,000 threshold.

And you know what? That doesn’t raise any serious money. It raises maybe 60 billion dollars a year for each of the next 10 years, when we’re talking about trillion dollar deficits under Obama each year that he’s been in office, we’ve cracked the trillion dollar mark. You know, if the Democrats and if Obama seriously thought that people were behind this, they would’ve been pushing for return to Clinton level taxation at the very least where everybody at every level from the poorest American to the middle American to the wealthiest Americans were paying higher taxes.”

Nick agreed that, in a way, the United States already has a form of Universal Health Care. It is a broken system, inequitable and inefficient, within which people end up going to an emergency room for medical treatment, when they do not have money or health insurance. Mr. Gillespie reflects on this and the state of the Affordable Health Care Act, better known as Obamacare:

“You’re right that people could always walk in and get coverage in emergency hospital rooms. You know that’s not the best way to obviously get health care, but it was there and you know emergency room coverage took up something like two percent of all health care dollars spent. So it wasn’t exactly bankrupting the system to begin with. … Obamacare is gonna cover 30 million people and it’s going to cost a massive amount of money that we now know is not going to be deficit neutral, but in fact will drive up the long term deficit for the United States. And when you start to think about it, was there a way, you know, short of spending trillions and trillions of dollars in taxes and fees and mandates and regulations that we still don’t know exactly what, was there a cheaper way to give 30 million people health insurance and there has got to be a way that is less complicated, more efficient and less costly than Obamacare.”

In an article last year on Reason.com titled, The Southern Poverty Law Center Is Now Writing About Pickup Artists as Hate Groups, Reason.com writer Matt Riggs wrote about how a civil rights organization included a new category titled the “Manosphere” in its intelligence report. That report focused, among other things, on so called pickup artists – men discussing and practicing skills for the purpose of meeting women.

Nick weighed in on the issue:

“The SPLC is actually a victim in many ways of the success and the change in America from a country that had a lot of hate groups to very little hate group. And so now, they are casting about for just anything that nobody in their right mind, you know, would equate the Ku Klux Klan or you know Aryan nation groups with people who are writing about trying to pick up Icelandic women, which is one of the things. …

I think by every possible indication and every possible statistic and data, you know if you are gay, if you are black, if you are, you know, a foreigner in this country, if you are a woman, if you have an ideological point of view that is not favored, it’s a better time to be in America than it ever has been. But at the same time many people are unwilling to let go on the rhetoric that this is always a country that is, you know, constantly getting worse and worse in terms of race relations and gender relations and ethnic hate and closed mindedness.”

After the tragedy in Newtown, there has been a wide ranging discussion on the issue of gun control. Last week, controversial, nationally syndicated radio host Alex Jones appeared on Piers Morgan’s CNN show. Mr. Morgan has been vocal about his support of gun control. Mr. Gillespie gives his thoughts on the gun control issue and the segment with Jones and Morgan:

“Without minimizing the issues of the Newtown shooting, this is not an issue of you know fundamental national importance. The fact of the matter is over the past 20 years, gun violence has been going down, violent crime has been going down, schools have been getting safer. All of this has happened against the background of concealed carried weapons being liberalized, gun control being liberalized so that more people are able to carry more guns in more circumstances. The fact of the matter is that every trend related to violent crime and gun violence are going in the right direction, which is way, way down. You know there are fewer homicides than there were 20 years ago or 40 years ago. …

If the best way to feel good about your own argument is to bring on somebody who will discredit your opponent, and I don’t think Alex Jones is the best spokesman for why gun control legislation, increased gun control legislation, is not a relevant answer to the Newtown massacre. I do think without even talking about him, that the clips I saw of Piers Morgan you know just yelling at guests, calling them stupid without engaging any arguments or any data or any trends of activity, I mean it shows not a person who is in command of the facts and knows what he’s talking about, but rather somebody who is absolutely terrified of engaging something that comes close to documentable reality.”

You can find Nick Gillespie’s work on Reason at Reason.com and Reason.tv

You can purchase a copy of Nick Gillespie’s book The Declaration of Independents: How Libertarian Politics Can Fix What’s Wrong with America here.

3 Replies to “A Man of Reason: Reason’s Editor in Chief Nick Gillespie Weighs in on Some of the Nation’s Most Vexing Issues with Fairness, Facts and Food for Thought”