Chris Yandek is a broadcaster and journalist known for his high profile interviews that span Hollywood, sports, and news.

It was the radio network’s most popular offering during that time period. Chris conducted hundreds of interviews with the likes of Steve Austin, Triple H, Shawn Michaels, Randy Savage, and Mick Foley. He also spent time with many of legends of the business including Bruno Sammartino, Classy Freddie Blassie, and Dusty Rhodes.

In 2004, Chris expanded out to mainstream sports, which led to high profile conversations with the likes of George Foreman, Randy Moss, Cal Ripken Jr., Keith Jackson, Pat Summitt, Dan Marino, Evander Holyfield, and many others. He contributed many of his sports interviews to Vin Smith’s radio program on the nationally syndicated CRN Digital Talk. Chris was also a regular guest discussing numerous sports topics. He also contributed to a popular English talk radio program titled Lets Talk broadcasted in Mexico on 610 Mundo. 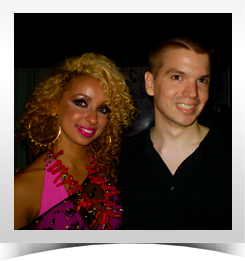 Since 2005, his coverage has moved to Hollywood and working on TV, movie, and music projects. He has moved on to interview actors, directors, and even Oscar winners. His interview subjects have included Terrence Howard, Alyssa Milano, Jaslene Gonzalez, Sherri Shepherd, Robin Roberts, Eva LaRue, Tila Tequila, John O’Hurley, Lauren Conrad, and many others.

The expansion of his horizons has led to mainstream coverage online on sites like TMZ.com, various newspapers, and other broadcast outlets. He has the support of many high profile people in the industry and has continued to show he is dedicated, professional, and hardworking broadcaster and reporter.

As of 2008, Chris did an interview with actress Eva Longoria that made the cover of a Hispanic publication. The interview has also led to many new opportunities over the coming year for Chris. He has also gone on to interview the likes of Whoopi Goldberg, Kate Beckinsale, Jesse Ventura, Ernest Borgnine, Robert Wagner, Diahann Carroll, Russell Simmons, Angela Bassett, and dozens of other media figures. He also co-hosted segments with Vin Smith on America’s First Radio Network. 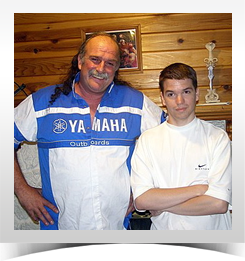 Chris has also offered his hands in the public relations world and currently represents wrestling and TV superstar Jake The Snake Roberts who he has known for over five years.

Chris Yandek was the lead Sports & Entertainment Editor for Vin Smith’s Radio Program, broadcast nationally on CRN Digital Talk, and worldwide on the Internet at CRNI.net.