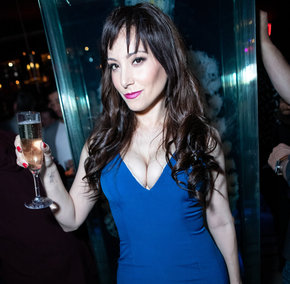 Actress and model Janel Tanna is the 2019 Maxim cover girl contest winner. There were over 30,000 aspiring contestants for the cover. She said there was something inside her saying that she should do this. Previously, Janel had never thought about entering a modeling competition. This contest, which she entered and won, rewarded her $25,000 and the cover of the 2019 January/February cover of Maxim.

Ms. Tanna has a background in modeling, acting and at one time worked in the medical industry. On the acting front, she was recently at the New York International Film Festival promoting her role in a movie called Sienna’s Choice.

Is her dream to gain wide notoriety as an actress? Janel told us she does not see herself as just one thing. It will no doubt be interesting to follow what directions she chooses to go in. She did, however, note that she always wants to keep at least one foot in acting.

In our CYInterview, Janel Tanna talks about her time in Las Vegas, her acting career and her background in the medical field, as well as providing advice on how to win an online contest with lots of aspirants, among other topics.

You can listen to our entire CYInterview with Ms. Tanna below: