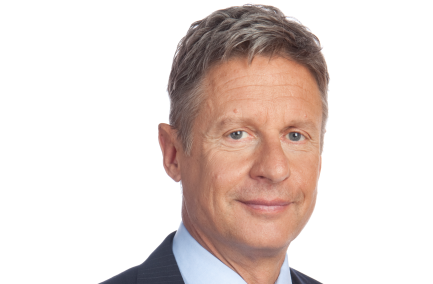 It’s been more than a month since the 2012 presidential election. Having garnered third place in the election, Libertarian presidential candidate Gary Johnson joins us for his third CYInterview appearance, to discuss where America is headed post election. You can see/listen to the Governor’s past discussions with us here and here.

You can listen to the entire CYInterview and read some of the highlights below:

When it comes to the fiscal cliff, the Governor says this:

“When it came to Obama and Romney when both of them are arguing over who should spend more money on Medicare, when Medicare as an example of the fiscal cliff that we’ve gone over, Medicare is a system that we put $30 into and we get $100 benefit. Whatever we put into Medicare we get back three times what we put in and that’s fundamentally what’s wrong with this country. So we have, we had an opportunity with this last election to actually, you know, pose a real fundamental question. Do we want to engage in this process of mutual sacrifice where all of us are going to have to give to see the system survive or are we just gonna bury our heads in the sand. Well the choice was burying our heads in the sand regardless of which candidate got elected. …

Haven’t we gone over the cliff? Yes we have. And the only way that we had a chance of surviving is to balance the federal budget now, reform taxes so that I think you end up with real growth and the real growth could theoretically then be applied to the 16 trillion dollars in debt that we do have.”

Focusing on the current state of the economy, Gary Johnson has this advice for Americans:

“One real practical piece of advice is that whatever you’re contemplating buying, whatever it is, whether that’s a home or a car or home improvement, whatever, by buying it today, it will be cheaper today than at any time moving forward. So one practical piece of advice is that we are going to have inflation, I think in a really big way to go along with the fact we’re printing money to the tune of 43 cents out of every dollar that we’re spending. On a very practical level, whatever you’re planning on buying, buy it now because it will cost a lot less.”

Though there may be many who are displeased with the results of this election, Governor Johnson says there were some positives that came out of it:

“A couple things happened during this last election, marijuana was legalized in Washington State and Colorado and we had gay marriage initiatives that passed in states where it was on the ballot. So really, some terrific things did happen.”

The Governor agrees that most Americans aren’t given the correct information about what the state of the nation truly is:

“I think we’re just not given the information and I get back to how you could actually implement fairness in election cycles and that would be just give parties or give candidates the credit that they’re do. In this case, if I’m at one percent of the vote, shouldn’t I be given one times mention for every 100 times that Obama is mentioned as opposed to a thousand times. It’s all about information and if the information is not there for people to digest, then it doesn’t go anywhere.”

For the better of the country, he says we need to have a level playing field:

You can purchase a copy of Gary Johnson’s new book Seven Principles of Good Government: Gary Johnson on Politics, People and Freedom here